In search of wisdom, or, the dialectic of the go ahead 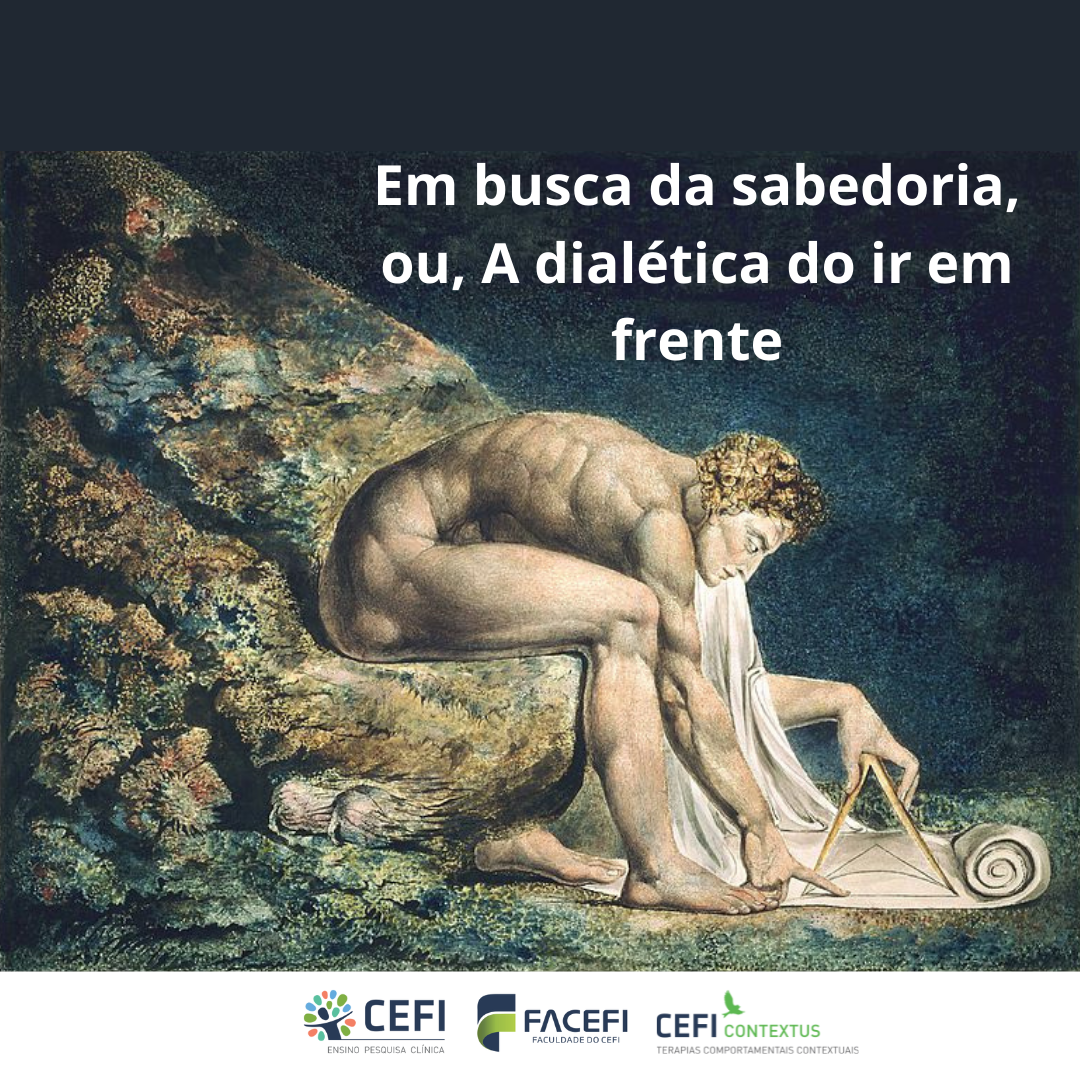 "moderation in all things" - Aristotle

"The excess road leads to the palace of wisdom" - William Blake

When the Greek wise (384-322 BC) thought his famous phrase, I wonder what the context was - that is, who were the interlocutors, which experiences occurred - because it is only in the context that we can begin to understand some event. But from here, I believe that this phrase was brilliantly used by many other wise. Also, for its breadth and lack of precision, I believe that has been used in misleading ways.

After all, how do we know what is the moderate measure of each thing, if not by experience?

As a health professional I have many assignments. One is the prescription of drugs. When a drug starts, I prefer to start with a low dose, and increase progressively. How to know the time to stop increasing? I oriented patients: Increase the dose While we are not satisfied with the effect, an increase in dose while non-tolerable side effects and while below the proven dose is emerged. This means that, at all times, we are flirting with the excess.

It is not a psychiatric text, since not only in the prescription of medications this happens. At all times of our life we are questioned if we will have the courage to go ahead, and prudence of re-evaluating the consequences of this go ahead, to measure your risks and benefits.

A less clinical example: When I began to do bodybuilding following a certain method, there are a good fifteen years, there was, in the gym, a fabulously large subject. At the time he performed a certain exercise with a particular burden. I always imagined that when I put that load, it would be muscular as it! But one thing caught my attention. He tried a few times to increase that charge, but with a very high amount of weight. He always failed. One day I asked because he would not just put half a half pound on each side of the bar. "A pound is nothing," he replied. And so he followed with difficulties of going ahead. In this case, it was born courage - but cautious was missing.

(a personal note - I eventually put twice as much weight that the guy put on that exercise - and I never got close to being as muscular as he was. I suspect he used methods, say, complementary ...)

I believe that when the wonderful poet (1757-1827) suggested the excess, he did not suggest stupidity to stop investigating, reflecting, planning - the same sought wisdom, after all, the perfect lucidity. I understand that, for this, it is necessary to be willing to run some risks. Of course it is not necessary to reinvent the wheel. After all, in the words of a well-known Portoalegrense Buddhist, "I do not suggest experiencing moderate doses of PU". We can use ourselves from learning others (with the best level of evidence) to accelerate our development towards a courageous, prudent and wise life.

"If you have tried,

Do not think the worst: