Management of contingencies in the disorder by substance use 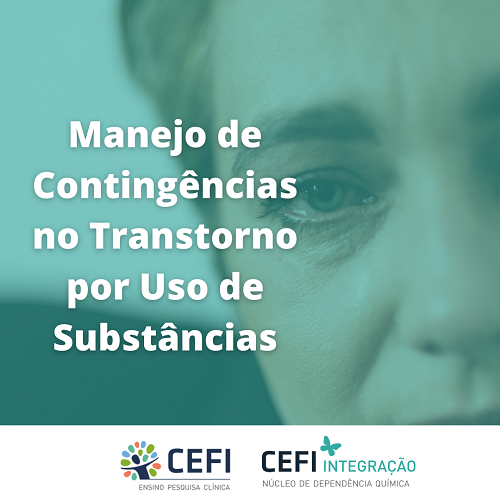 by Psychiatrist Cláudia Munhoz - CEFI Team IntegrationThe management of contingencies (MC) has established by a survey in which substances of abuse would serve as primary reinforcers in animals, thus, the search for substances would be an operant behavior. Associate the absence of an operative behavior with the contingent delivery of a reinforcer (a premium, a medal, for example) promotes significant reduction or elimination of problem behavior.

Studied widely since the sixties, MC based its foundations in behavioral analysis, being element of behavioral science and radical behaviorism.

Marsha Linehan, idealizer of dialectical behavioral therapy, also makes the MC one of the pillars of its technique, by replacing behavior problem by functional behavior, through reinforcers and emotional regulation skills and evil tolerance, extending in this way , the individual's ability repertoire and generalizing the skills in searching for a better quality life.

Despite being a very effective and evidence-based technique, in practice, its implementation in treatment programs remains slow and still little used.

The MC through technological tools such as electronic sensors and biochemical detectors, facilitates access to treatment and can achieve more difficult populations as rural and adolescent populations.

A Brazilian research held in 2018 evaluated the MC for the treatment of crack users. It has been demonstrated that MC presents effectiveness in promoting abstinence and improving adherence to the treatment of crack users in the country. The study also addressed the lack of knowledge among health professionals on MC and, by virtue of this, non-application of the technique.

It is a passable intervention for various contexts and populations, in addition to being integrated with other types of therapy, presenting positive results when compared to standard treatment.